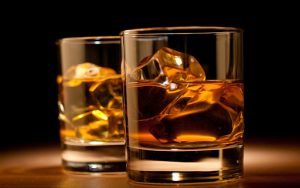 Robust sales recovery at Distilleries Company of Sri Lanka PLC (DCSL) gave the needed fillip to its parent, Melstacorp PLC, while the aggressive cost cutting elsewhere in the group lifted its performance in the three months ended in September (2Q21).  Melstacorp reported Rs.37.3 billion in sales during the July-September quarter, little changed from the comparable period last year but the 26 percent spike in sales at Distilleries Company cushioned the group top line. DCSL, Sri Lanka’s largest distiller with more than 70 percent market share, reported revenues of Rs.25.5 billion in the three months, compared to Rs.20.3 billion in the same period last year.

The company reported an operating profit – a closer measure to EBITDA – of Rs.3.9 billion, up 45 percent from the same period last year. The higher operating profit was possible, mainly due to over a billion-rupee decrease in the administrative expenses and another Rs.300 million decline in the sales and distribution expenses. The company reported earnings of Rs.1.57 a share or Rs.1.8 billion for the three months, compared to 54 cents a share or Rs.623.9 million in the comparable period last year. The segmental results available for the six months showed the stronger rebound in plantation business and financial services and to a lesser degree at its telecommunication business. All other businesses, including an outsize power generation business of the group categorised into the ‘diversified’ segment, plunged into a Rs.4.5 billion operating loss, from a profit of Rs.604.9 million a year ago.

Business tycoon Harry Jayawardena controls 57.229 of Melstacorp together with the entities he owns.